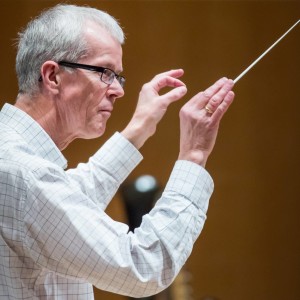 Richard Howarth has had a distinguished career as a violinist, leading and directing orchestras for over thirty years. In recent years he has been in increasing demand as a conductor.

Richard runs and directs the successful Manchester Chamber Ensemble and is a member of Trio Melzi with pianist Sarah Beth Briggs and cellist Hannah Roberts.